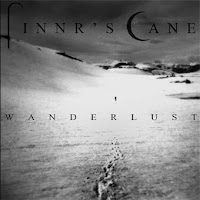 How to describe these guys for this review...now that's a bit of a challenge, I can compare them to Velvet Cacoon, Wolves in the Throne Room, Nadja, Hellveto, Summoning and so many others and still be either too broad or too narrow in comparison. If I add in comparisons to: Ataraxia, Olen'K, Rasion D'Etre, Allerseelen... I might be getting closer, but when music fits in so well with many styles but also strecthes and crosses those boundaries it becomes difficult to really explain in words.

This is the debut album from this Toronto group, and it's definitely a solid album that stands with others in the atmopsheric/pagan/shoe-gaze/symphonic black metal genre, but also treads deeply into the neo-folk/martial/neo-classical sector too. Mainly an instrumental album with the sparse vocals hidden behind the mix where they become more of a blur and part of the overall atmosphere then actual vocals.

This is definitely forest music, green lush forests full of moss and fungus, screams of wildlife passing through the dense mass of trees, and the sense of a secret world of elves and trolls, demons and spirits. Yet another album for the quiet cold night spent reading as a storm passes through or just before dawn. This album also would serve well as a soundtrack to a weird dream or even as an alternative soundtrack to an old silent horror film. You get the grandiose atmosphere and dynamics of the symphonic orchestra soundtrack, but the true chill of the cold and damp, somewhat lonely, somewhat desperate feel of a climactic moment between villain and hero, living versus the dead, and the thrilling confusion as to which side you stand on. True Gothic cinema, Walpurgisnacht, morbid yet romantic storyline and that about sums it up...ethereal, surreal, epic.

Fused with nature sounds of winds blowing through mountains and acoustic passages that almost massage the distorted riffs of guitar whilst clean, almost folk-like vocals pass through the fog. The drums sound almost tribal and you can feel and almost experience the ritual as the music flows. The album is truly beautiful and completely engulfing, the true sounds of the old religion and ways of the past cry out through this music. Fans of acts on the following labels will definitely enjoy this: Soleil Moon, Cold Spring, Ahnstern, Old Europa Cafe, Tesco and the like.
Posted by Born Without an Anus at 8:03 PM