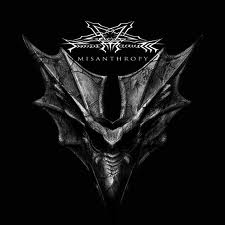 It’s been a few years since black metal was my general “go to” style, but even today when something distinct and amazing comes my way such as Pandemonium, I succumb to its power and subconsciously hand over my attention for long detailed listens. This Polish mob formed back in 1989 and since then have been challenging ears and genres with their brand of intoxicating black death metal with major doom influence. I’ve had this one for over a month now and it gets continual play as I continue to itch for its unique blend of sounds that really defies classifications.

Expect some intense moments of melodic chaos with screaming metal leads and controlled steady pulses of crunching black death metal riffing with some doom wailing, and something intrinsically addicting with the bulldozers of “God Delusion”, “Necro Judas”, and “Everlasting Opposition”.  “Everlasting Opposition” has this really trippy effect in the vocals where they fade in and out of the mix, but always behind the instruments even when they are present, it sounds like the voice of a spirit calling forth and you can almost visualize the vocals as this purple plume of sticky dense smoke swirling and dispersing through a backdrop of pure blackness. The riffs on this one are deeply rooted in the blood soaked soil of old school death metal and distinctly so, right down to some of the shredding guitar slide work (not the pig squeal though).

There’s even some female vocals present on “Stones Are Eternal”, that remind me of a pagan ritual incantation by a high priestess, that add some eerie and epic moments to the song that otherwise is yet another relentless hammer blow of shredding distorted riffing and rhythmic pounding inspired by the occult and a murderous desire. The rhythms are actually pretty doomy on this one, although never that slow, they are massive and lingering with that right tweaking to the tone to make them doom and do have a steady throbbing feel to them like repeated blunt force impacts to your skull.

Still, with all of the greatness on here I have to bow down in humility and awe to the female vocals courtesy of Androniki Skoula (Chaostar and Septic Flesh) as heard on “Stones are Eternal” and the glorious power climax of the album, the title track “Misanthropy”. “Misanthropy” redefines epic and dark symphonic metal, although it’s only symphonic in a few places , that feeling is all in the way the guitar wailing and screaming melodies from the darkness behind and the spoken evil voices alongside the continual song of the priestess towering above it all.

If you’re looking for something strong, well executed, immaculately brutal, hypnotic and unforgettable, consistently solid all the way through, and something that you will return to time and time again then pick up Misanthropy. There’s nothing on here that doesn’t do something, it doesn’t raise the bar, it bends it until it snaps in half leaving us all speechless in response. This is already one of my absolute top picks of 2012, but that’s not too surprising as this horde have been continually developing and mesmerizing audiences for over two decades

Deathgasm has it in stock, I just checked.
Posted by Born Without an Anus at 5:45 PM