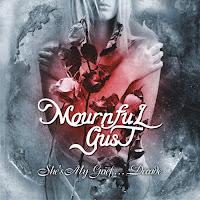 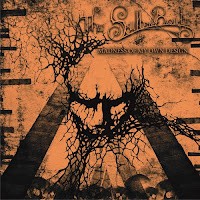 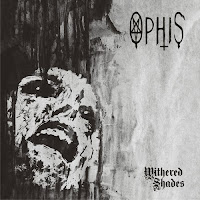 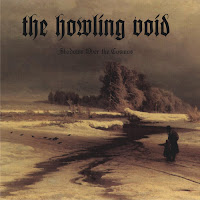 The second album of project of the talented musician Ryan reveals new masterpiece of symphonic funeral doom metal!
"Shadows Over The Cosmos" has a potential to become a master form of the genre along with best pieces of such bands as Colosseum and Ea: five endless tracks of majestic funeral doom filled with cold enigma and infinity of Cosmos. This sincere music will capture the listener until the very last second opening the beauty of Creation before him. Additional sense is brought by a picture called “Thaw” by a Russian painter of 19th century Feodor Vasilyev used in the artwork:. The CD is printed with pit-art and gold plated.
http://www.myspace.com/thehowlingvoid

The second full-length album of German band. New material, even more harsh and gloomy is professionally produced and ready both to bring joy to old fans of traditional doom-death metal and to attract interest of those who just has started to get familiar with the genre. "Withered Shades" accumulated heavy riffs and acoustic passages, combined dynamic parts and atmospheric interludes.
The new album of Ophis is a new precious book in the world library of doom.
http://www.myspace.com/ophisdoom

The debut album of young Russian band from Volgograd continues traditions of death/doom metal and represents the band as talented professional musicians. String material created without keyboards and other trend features will suit the tastes of fans of uncompromising death/doom in the vein of Mourning Beloveth, Process Of Guilt and Ataraxie.
http://www.myspace.com/thesullenroute

Re-issue of the legendary album of Ukrainian gothic doom death metal band! The album material is fully remastered and is supplemented with a bonus CD containing demo of 2006 "The Frankness Eve", cover versions of Mournful Gust songs by invited musicians and "With Every Suffering" video from the actual album. Enforced by new power "She's My Grief" album proves to be still state-of-the-art piece of music.
http://www.myspace.com/mournfulgustband
Posted by Born Without an Anus at 11:05 PM