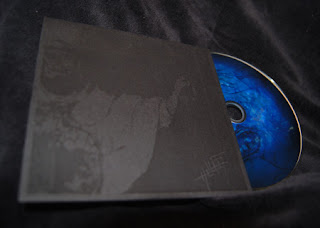 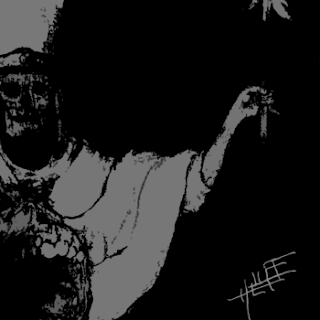 This Argentinean band was sent to me by the incipient Argentinean label, Witness Hell Productions, whose sole proprietor is involved in the long running death metal band Prion and this alongside a few other intense listenings has already made my essential black metal releases of 2012. This Demo is brutal, epic, monstrous, well-produced, well-written, unique, stand on it’s own and takes your head off with rusted pruning shears in the blood curdling vocal delivery alone, whereas the rest of the band tortures your soul with their own concoction of metal extremities.

“Degraded to Mortals” is a soul raping opening track!!! The black death doom assault is vicious and revolting, but they crank out some really gritty barbaric doom riffs smothered in death metal tones that morph further into hideous black metal territory.

Next comes “The Rotten Waste” which is truly a magnificent beast!!!! The drums are very crisp and sometimes almost jazzy in their high hat/snare work, the vocals are extreme doom death growl mildewed black and reeking of “rot”; there’s a lot of eerie melody in long, border lining on out-of-tune, stretches of atmosphere that remind me a bit of the angular wailing Deathspell Omega guitar tones, and some claustrophobia inducing moments of bastardizing chaos that makes me think of watching myself as I’m actually burning alive while trapped in my car.

“A Philosopher’s Crown” showcases the similar Hellish atmospheres as it’s predecessors BUT they have this great siren-like guitar lead that I’ve heard in black metal many times before and loved, but it seems to stand out so distinctly on here. The vocals are more blood thirsty apocalyptic black metal than death, but the atmosphere is quick again to deliver a fatal blow of hatred and leaves nothing in question in terms of want or need. If you want something that is as grim as the cryogenic black hordes but as nefarious and cutthroat as death metal can get all combined in a whirlwind cyclone of mile high flames than Hellige is exactly what you seek.

“Obnubilum” is a fourteen-minute hymn to treachery reminding me of what the scene would look like after a nuclear apocalypse. It’s really lonely and simultaneously explosive, sort of like the soundtrack of that moment flashing back through your mind of the bright flashes of light and sudden incinerating heat photographing bodies silhouettes in the surfaces where their, now barely anything but fine ash bodies are strewn as the warhead actually detonated. There’s that sense of isolation, unconceivable horror, and vindication from all of those who died still trying to move on but can’t. The planet is now a haunted burned out Hell still the third eyesore from the sun and this is the sound of its murder and vendetta.

Hellige's Bandcamp site doesn’t specify if this is a self-release or not, but it’s a free download and stream, and it’s a nasty black “perfect storm” of funereal black metal, black death, and black doom. The hard copy can also be bought from the Kunsthauch Label for 5 Euros, which I’d recommend as this is no way an average Demo!!! It also supports the bands and small labels too, which I’m totally honored to work with and buy from.

Posted by Born Without an Anus at 7:46 PM No comments: Links to this post 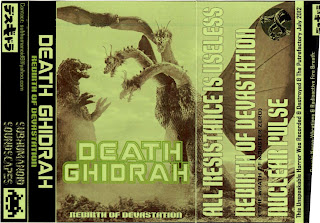 Sci-fi/industrial mastermind Ray Rivera, also behind such notable black metal/noise/power electronics atrocities such as: Fellatrix Morgue, Putrescent Fog, Anuus Altaar, and large number of others; brings us this 90’s techno pumping muscular spasm meets sci-fi courtesy of Death Ghidrah. Loaded like a colon at a chili cook-off with cheesy 50’s and 60’s sci-fi film samples and alien apocalypses accompanied by an electro/techno base, this Demo is explosive and deadly, but certainly not silent (….had to make a fart joke there).

“All Resistance is Useless” is a throbbing plasma of well placed Atari-like detroit/berlin electro/techno beats and sci-fi horror with a slight nod to Eye Gouging Mayhem (that same individual responsible for EGM is also responsible for this monstrous damage).

The third and final licking from the Ghidrah is “Nuclear Pulse”, a song that fits the same MO as the prior two, leaves me feeling cheated in that I just get into the groove and then it’s OVER!!!!! Aside from the shortness of Rebirth… this is nonetheless essential and I REALLY look forward to hearing a full length from this new project of his in the near future. This seriously, without a doubt, some of the coolest shit ever!!!!

Posted by Born Without an Anus at 5:30 PM No comments: Links to this post