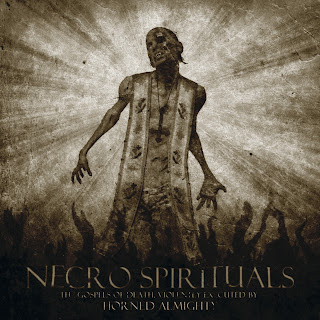 I’ve been a fan of these Danish shits since I picked up their split with Sargeist some time ago and have to say that a lot has changed since that vile and raw little Moribund split was released. For one the production on this one is amped up, but not enough to ruin the vulgar and treble tones of the metallic guitar buzzing, and they are out of the cave and fully unloading rounds into everything they can get a bullet into. The Celtic Frost/raw crusty black metal is still present, only instead of a militia it’s a full -blown cavalry!!!!!

http://www.myspace.com/hornedlamighty
Posted by Born Without an Anus at 6:10 PM