Helllight - …And then, the Light of Consciousness Became Hell (20December2010 release) 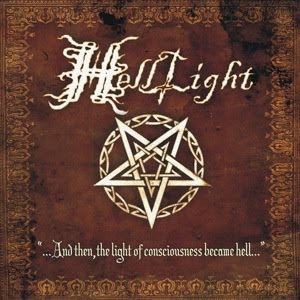 This one, a Brazillian death doom/funeral doom act stood out among others with the way it sounded like this majestic, Bathory (Nordland, Blood on Ice, Hammerheart) like mixture with amazingly haunting clean vocals that howl like a banshee on a blood moon night set against this really cryptic and cinematic funereal soundtrack. There’s something deeply pagan here as tracks like “Beneath the Light of the Moon” really bring in the feel of victory and tragedy. I’m a huge funeral doom fanatic but have to say that alongside Astral Sleep, I’ve never heard a band in that genre or any other exactly like this one to draw comparisons so expect melodic,epic, and devastatingly heavy funeral metal that will appeal to fans of black, death, pagan, epic metal and doom alike. I’m dead serious about the Bathory comparison!!!!!

A must hear for fans of: Bathory (Viking era), Atlantean Kodex, Astral Sleep, Evoken
Posted by Born Without an Anus at 8:26 AM