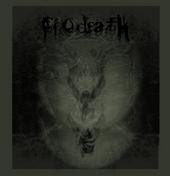 Pro-Death is the misanthropic bastard child of dark ambient/power electronics and classic raw/gore death metal that I’ve been anxiously awaiting the arrival of, well one that captures the best of both without compromising the original intended sound. If that isn’t enough to make you squirm a bit and your eyes bug out, the sounds on this album would certainly succeed in doing so with it’s horror/psychotic ambience and terror inducing sound effects. This band has been a long time hidden treasure on the underground circuit, toured with some of the best and brutal, and donate proceeds from merchandise sales to organizations trying to stop animal cruelty. Ironically the sounds these guys create are in themselves a major rib splitter of murderous death metal/grind riffs and inhuman deep growls.

These guys invoke the exact imagery and cruelty in their tracks as they hope to help avoid in the real world. The drum patterns are almost industrial, sort of executioner rhythms, amidst samples of environmental debates and violent clips, and that continual deep-end growl that sounds like the some necrotic hallucination of insane ramblings of the shadowy figure holding a surgical blade over your naked body while you are undergoing a live autopsy without any anesthesia. Complete with laughter and pure hysteria, Pro-Death definitely takes creating a genuinely sadistic and atrocious atmosphere with some of the most skilled and tightly engineered extreme death/grind metal that I have ever heard to the normally unreachable height of perfection. This stuff will scare you out of your skin, assuming that they haven’t skinned you alive already with the razor blade barrage of percussion and guitar shreds.

Seriously… terrifying, carnage filled, blood spilling, decapitating, pulverizing, haunting, thrilling, murderous, treacherous illusions and fantasies abound. This stuff is really intense, so unless you are sure that you can handle this level of brutality and impenetrable atmospherics you will not make it through alive. This album is an absolute must to be heard, it’s as brutal and fucked up as anyone could ever ask for, myself included.

The mixture of dark ambient/industrial elements with classic grind-death metal has never been this strong, so if you’re worried that it’ll be atmospheric and wimpy ethereal stuff, then get your pathetic ass ready to be impaled upon first listen. This is pure terror inducing bludgeoning grind/death, everything on this album will KILL!!!! I have to shut up now or else I’ll ramble on forever about how fucking amazing this stuff is.

Essential for fans of: Steel Hook Prostheses, Strom.ec, Navicon Torture Technologies, Welter in Thy Blood, Gnaw Their Tongues, The Slaughtered Lamb, Pathology, Cattle Decapitation, Skinless, Mortician, Carcass, and any deadly combination of these.
Posted by Born Without an Anus at 11:17 AM